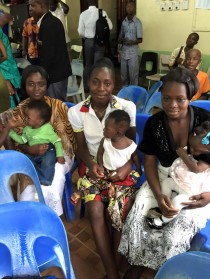 From 30 April to 31 May Zainab was to Freetown again . she found a group of glad , happy people there. Aunt Rosie (the supervisor of the residents ) had adopted two new women . After visiting a doctor and meeting with Zainab they have been taken into Mabel Cottage: Esther 18years old, eight months pregnant and Umu 16 years and 5 months pregnant.
Little Mayango doing well, he is already 11 months, can already sit, crawl , stand and hold things. He is a very happy boy and he likes to pull the headscarves of women.  we are a little worried about Clarence, he's now 8 months. He is very weak , cannot sit. He went to the doctor for testing and now receives physiotherapy and special food and vitamins. Fortunately, it's going better now. He does not suck his thump, only sucks on his big toe. Mabel is doing well, growing steadily  . She is now 5 months. But she was born with a malformation of her hands . She gets this now physical therapy and that helps . in the end can get it right. She cries a lot because she only wants to be with her mother , she can already sit and for the rest is a happy girl. 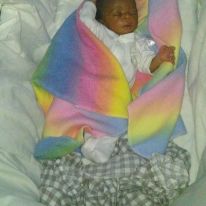 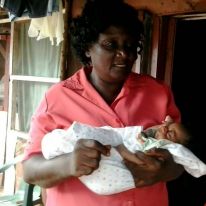 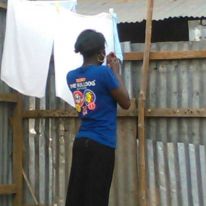 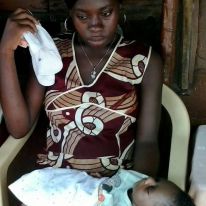 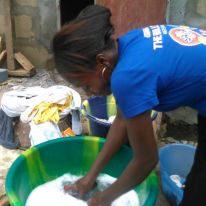 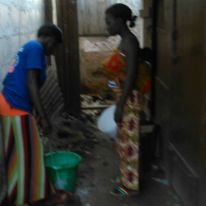 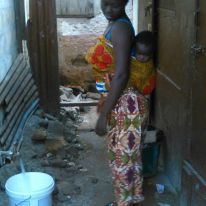 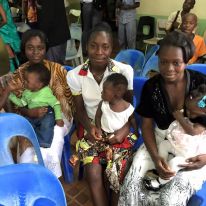 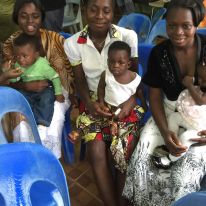 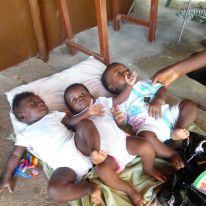 When Zainab was barely a week in Freetown was Esther got labor. Everyone was very worried, because there is no proper reception for premature, too small children. The same night is Esther indeed gave birth to a baby girl, which immediately after birth is deceased. The girl was disabled and blind. This was a great disappointment. Esther remains in Mabel's Cottage, which could arrange a nice funeral and that gives comfort.
Nowthat the Ebola virtually disappeared schools started again. Zainab, registered the mothers of Mayango, Clarence and Mabel (Nancy, Precious and Adama) and Esther for school. They are very proud to wear their uniform to go to school. They follow a general education and vocational training. Nancy and Adama learn to make clothing and Precious and Esther follow a training for beautician/hairdresser.
Umu is not as strong, she seems somewhat malnourished so should pull out all the stops to give birth to a healthy child.
The women like to go to school and are proud of their uniform. Precious once even took Clarence on her back because he was sick and she did not want to absent from school.
We implemented a recycling shop have all the clothes and household stuff. This shop is doing well, but we regulary have to refill the stock. Consequently clothing, shoes (for kids and adult) household articles and children's toys are still welcome. Please call us first before you bring your stuff to the local recycling shop. The proceeds will be donated to Mabel's Cottage.